You won't find the guns from the infamous crime in Chicago.

DOWNTOWN — The two Tommy guns used in the St. Valentine’s Day Massacre are still seeing action nearly 90 years after they were fired in the infamous crime.

They’ve been called the “most famous Thompson submachine guns in the world” — and are eternally linked to a violent part of Chicago’s history. The St. Valentine’s Day Massacre, supposedly orchestrated by Al Capone against a rival crew ﻿in a garage at 2122 N. Clark St.﻿, left seven men dead and made news around the world.

The guns are now owned by the Sheriff’s Office of Berrien County in Michigan, where they are used to educate the public. Sometimes they go on tour, and they’re fired every now and then.

The Tommy guns  are kept in an armory and brought out for special presentations, said Chriss Lyon, the 911 supervisor for Berrien County and the unofficial historian of the area. Lyon wrote a book, “A Killing in Capone’s Playground,” that explains how the guns came to Berrien county.

The guns have made appearances at the Mob Museum in Las Vegas (where they were a hit, Lyon noted) and have gone on tour with the National Rifle Association.

“We have been pretty good about keeping these guns well-oiled, cleaned, in good working condition,” Lyon said. But “they’re starting to show their age. Their parts are irreplaceable.”

The guns are “very historical,” so while they can still fire, the department’s staff doesn’t shoot them very often anymore, Lyon said. She’s shot the guns herself, describing them as “pretty controlled” and capable of firing 800 rounds per minute when fully automatic.

“I don’t know how anybody could afford to pay for the bullets,” Lyon joked.

How the guns got from Lincoln Park to the Berrien County Sheriff’s Office involved a few more crimes being committed. 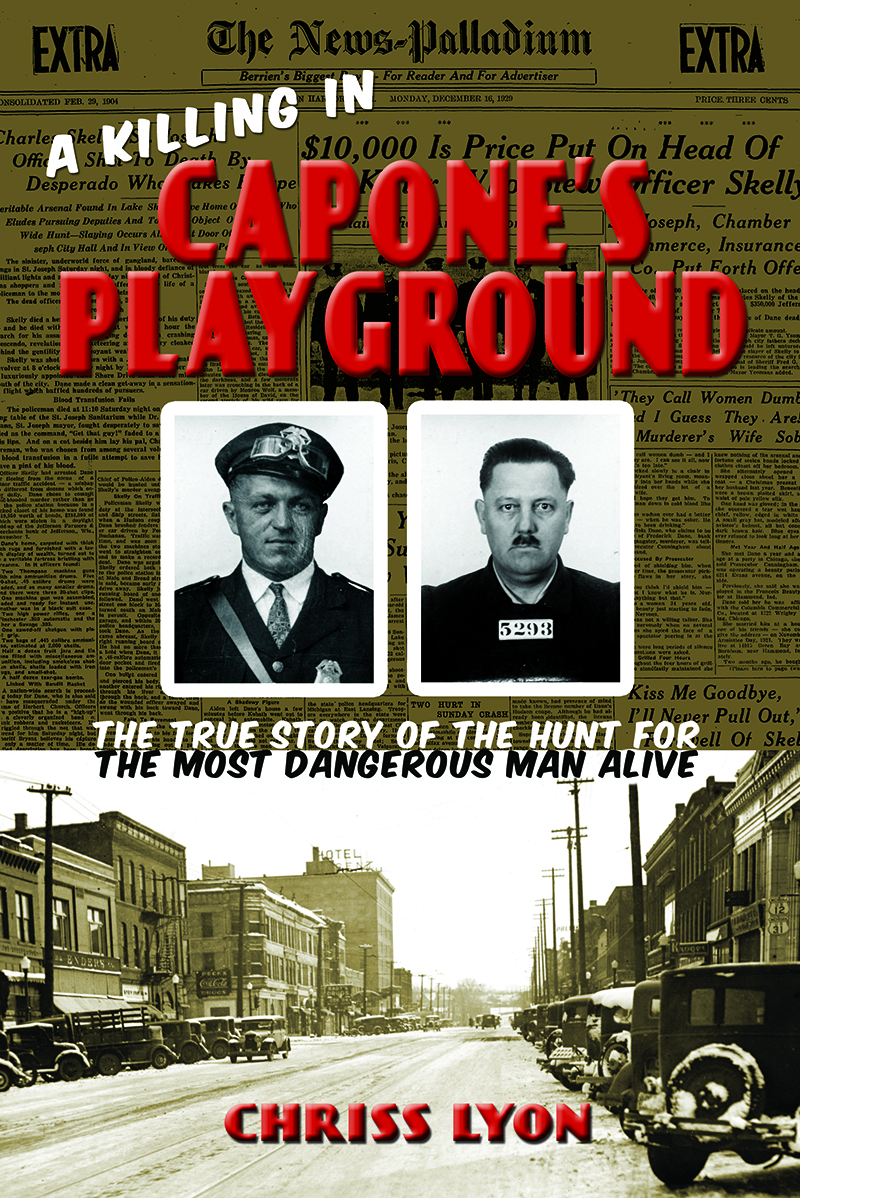 Fred “Killer” Burke, a suspect in the St. Valentine’s Day Massacre, moved to the area under the alias Fred Dane in September 1929. On Dec. 14 — 10 months to the day after the massacre — Burke was driving to the train station to pick up his girlfriend when he got into a minor crash. The other driver told Burke they should go downtown to report the crash to police.

Burke agreed, and the two ran into a local police officer, Charles Skelly. Skelly insisted Burke go to the police station and hopped onto his car’s running board so he could accompany Burke. The two stopped at a red light just around the corner from the station — and that’s when Burke took out a gun and shot Skelly to death.

Burke fled again, but he got into another car crash and ended up having to carjack three people to escape, Lyon said.

The police made it to Burke’s place, where they found “an arsenal of weapons” and robbery equipment, Lyon said. There were thousands of rounds of ammunition, sawed-off shotguns, rifles, handguns, bulletproof vests and explosives that could blow up a safe.

Among the weapons were two Thompson submachine guns.

Though the guns were part of an iconic Chicago crime, it was Berrien County that got to keep them; They were evidence in Burke’s crimes there. Burke himself was convicted in Skelly’s killing and died in prison.

Berrien County has kept the guns ever since.

Much of Burke’s arsenal has gone missing in the years since that raid, Lyon said, but the sheriff’s office still has a bulletproof vest, some magazine holders and, of course, the two Tommy guns.

The department can’t sell the guns since they’re evidence, Lyon said, and if the guns were “taken off the books as evidence” they’d have to be destroyed. And the department doesn’t want the guns in a museum because they want them to be accessible to people.  This way, officers can take the guns out for special programs and let people touch them and take photos of them.

“They are our property because they were confiscated in the raid in Berrien Conty,” Lyon said. “We are very lucky to have these guns, and I love to see them being presented, see people learning about them.

“Obviously these guns were taken off the street so they would never be able to kill again, and ever since then they have been in our custody.”

LaSalle Street's vacancy rates are higher than any other part of Downtown. Can a plan to bring 1,000 new units — 30 percent of them affordable — change that?

The man was critically wounded but the injury is not believed to be life-threatening, an official said. The shooting is being investigated by the Civilian Office of Police Accountability.

A lack of transparency surrounding the development at 4800 N. Western Ave. kept the ward’s community zoning process from moving forward and last month, the deal was scrapped.

The zoning change, which comes after neighbors complained of violence at a hotel next door, blocks any future hotel development from opening on the Huron Street lot.